The Good Wife Season Four Finale – What’s in the Box?

[Please note there are spoilers ahead for those who have not watched the finale of the The Good Wife season four.]

There was a fair amount of speculation and buzz leading up to the finale of Season Four of The Good Wife. I tried to stay clear of most of it but I wasn’t completely successful and as the saying goes, a little bit of knowledge can be a very dangerous thing. Hence, I was all excited, thinking that Alicia would finally choose between the two men in her life. I must admit that I did not see the twist coming until Cary was literally standing on her doorstep.

Alicia’s decision leaves us (or maybe just me) with so many questions:

Speaking of Colin Sweeney, huge props must go to the writers of the finale (Robert and Michelle King) in being able to weave a flurry of guest stars seamlessly into the episode. Dylan Baker as Colin Sweeney was as charmingly creepy as usual, especially when we are left wondering just exactly what two years of unlimited free legal advice would mean to a man like that! Martha Plimpton as Patti Nyholm always brings a smile to my face. What is even better is when her ”I’m a mum, check out my adorable baby” approach doesn’t work. It was impossible to miss Alicia’s small, satisfied smile when her tactic failed to hit the mark on Denis O’Hare’s charming and down to earth Judge Charles Abernathy. And ‘in my opinion’ Ana Gasteyer as Judge Patrice Lessner (the other judge appearing in the episode) is almost  as sublime as when she plays the uptight Sheila Shay in Suburgatory.  Finally, T.R. Knight as Jordan Karaholios is his smug, sneaky self and there is no surprise at him popping up for the third party candidate. It was very satisfying to see him come undone by his own manipulation of the truth. 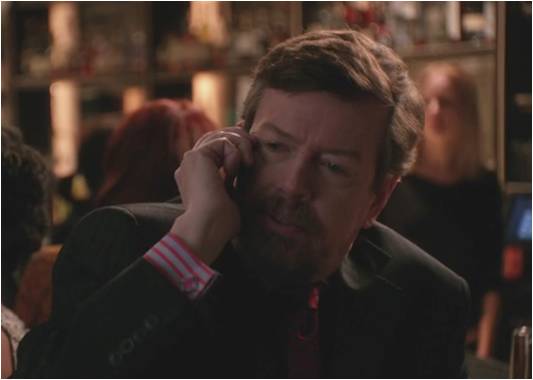 While the whole episode was jam packed I feel that the majority of the drama was within the confines of the courtroom. Poor Zach (Graham Phillips) and his moral compass. Nothing went quite as planned. After arguing vehemently one way when the votes looked fixed to favour Mike Kresteva (Matthew Perry) the lawyers had to change tact completely and start arguing the opposite when the votes were counted and they favoured Peter instead. It was a ridiculous but very entertaining scenario to watch play out. And we can’t forgot the interlude scene where Alicia, Dianne, Will and Patti all band together against Jordan, for what felt like a blink of an eye. 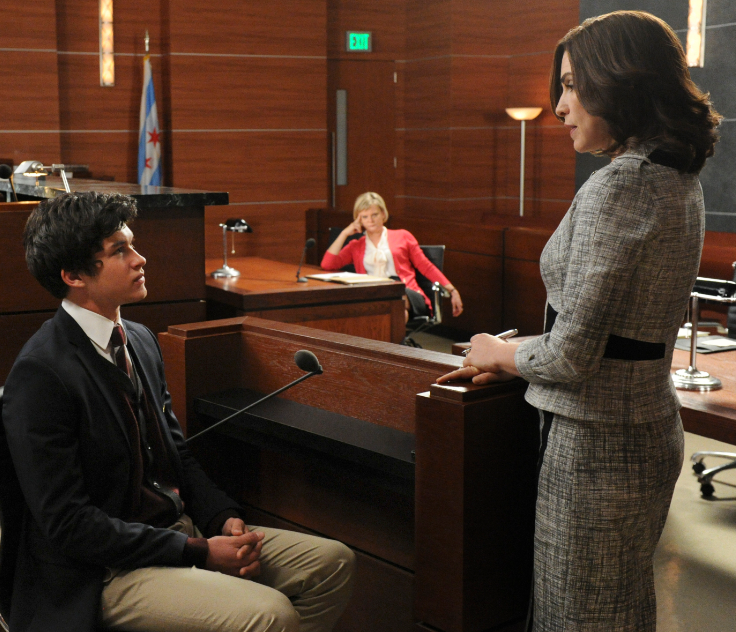 And what of the election itself? For a while I wondered if Peter would lose but I think it is fitting that he won. Although not without once again having suspicions cast on his integrity. Also, him winning makes any decision Alicia makes in the future about her personal life just that little more complicated. I understand the scene with Peter trying to ‘protect’ his mum Jackie (Mary Beth Peil) from her suave carer Christian Romero (Yul Vazquez) but in all honesty it seems a little foolish to offer someone a bribe on the night that you become Governor!

I must admit I feel for Kalinda. She has had a tough time this Season and does seem to getting the short straw. The way things are going I can’t see her leaving Lockhart and Gardner although I think it would be interesting if Robyn (Jess Weixler) did. Or maybe if Kalinda left and Robyn stayed? Interesting dynamics ahead either way.

So many open questions, which is what will make Season Five so interesting. With the possibility of Dianne becoming a judge and the new break-out firm, it looks like a new era of The Good Wife is about to begin. Let’s hope that it loses none of its heart, drama and humour that has kept us entertained and invested for the past four seasons.

Were you happy with how The Good Wife ended this season?