I have just finished watching the 2 hour finale of Smash and there are tears in my eyes and my heart feels a bit warmer. Yes, it was indulgent and why shouldn’t it be? Everything has been leading up to the Tony Awards and songs were aplenty. Although I’m usually not a fan of the ‘dream sequence’ I did enjoy the cast singing Queen’s ‘Under Pressure’. The other highlight for me was Ivy (Megan Hilty) and Karen’s (Katherine McPhee) Tony’s duet ‘Big Finish’.

The storylines kept me enthralled as well. Is it realistic that the sexy but extremely flawed Derek (played with an effortless nonchalance by Jack Davenport) finally owns up to his behaviour? Maybe, maybe not… but I like the thought that he had sunk so low that even he realised that he could no longer continue down that road. I was worried that Ivy might choose to have an abortion without telling Derek and as such was so relieved at the end when you see them talking. Can a baby make Derek a better man? Who knows? However, Ivy and Derek do seem to care for each other deeply and my hope is that they somehow have a future together.

I adored seeing Luke Macfarlane (whom I loved in Brothers and Sisters) as Patrick Dillon playing a ‘straight’ man. Although Tom (played by the charming Christian Borle) is convinced that he most certainly is not. Their chemistry was great and I would like to think that sometime in the future they do ‘grab a bite to eat’.

The Karen and Jimmy (Jeremy Jordan) storyline was a little all over the place but their entire relationship was like that. I thought the way they tied it up was appropriate. Realistic? I don’t know… because I am not going to think about it too deeply. 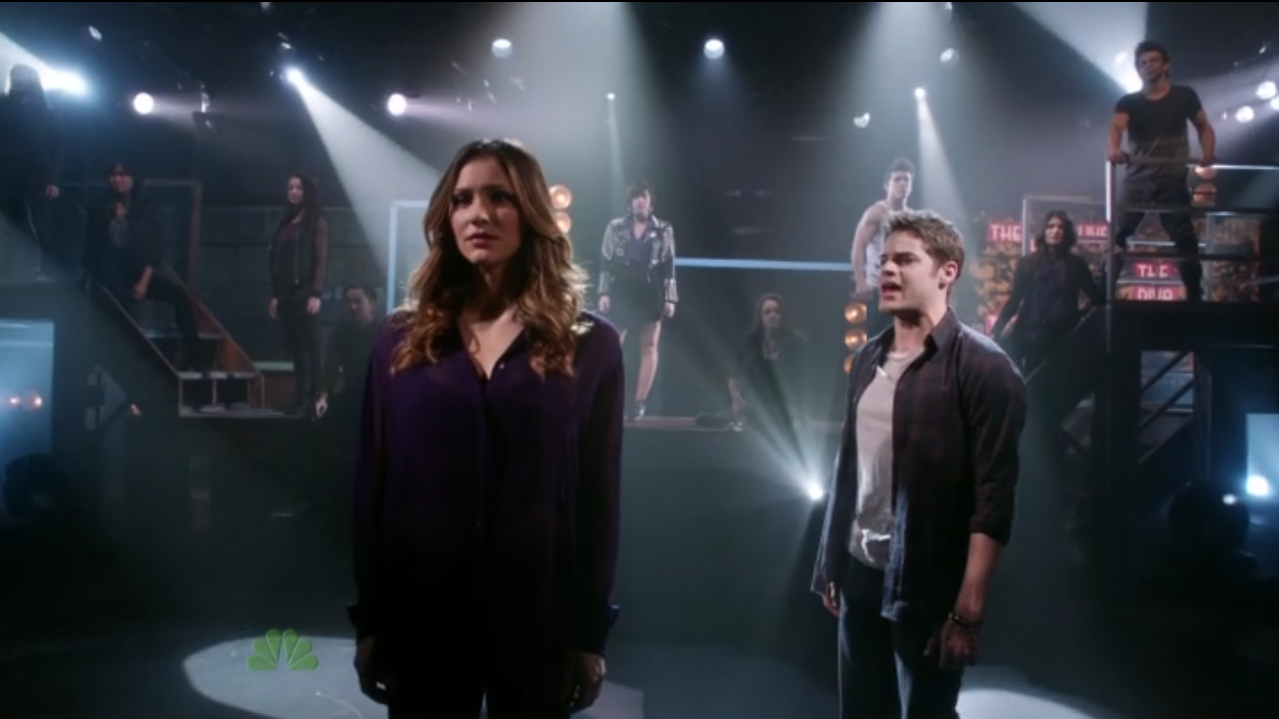 Everyone had closure to their stories one way or another and the audience is treated to one last show stopping number by Ivy and Karen. I will miss both Katherine McPhee’s and in particular Megan Hilty’s spectacular voices the most. Farewell Smash and thanks for all the good times! While your lifespan was too short you were quality to the end.

Are you a fan of Smash? One of my most favourite performances was Ivy singing ‘They Just Keep Moving the Line’. What was yours?

Like 0 Thanks! You've already liked this
« Wentworth – A fine vehicle for outstanding female talent » Girls – I’m not the ladies…..