I love Awkward. It is extremely well written, has a talented, strong cast and I adore its use of black and seemingly inappropriate humour.

Ashley Rickards plays Jenna, Awkwards’s heroine. While Jenna is strong and opinionated she is also insecure and still very much trying to find her place in the world. Thankfully she has a good support network around her – her friends, Tamara (Jillian Rose Reed) and Ming (Jessica Lu). Ming is her conscious while Tamara is her wilder, uninhibited side. Their friendship is paramount in Jenna’s world and she would never do anything intentionally to jeopardize it.

Jenna’s parents are a mixed bag however. While her close bond with her dad Keith (played with warmth by Mike Faiola) is evident, her relationship with Lacey, her mum (played by the exuberant Nikki Deloach) is much more antagonistic. Lacey’s behavior suggests that she wished she had a ‘cooler’ daughter. She is continuously trying to encourage Jenna to pay more attention to her physical appearance and to party more. It doesn’t help that Lacey fell pregnant with Jenna when she herself was still young and she still sees herself in that way. She would love to live vicariously through her daughter. Her frustration is that she isn’t able to as Jenna is so different to her. If Lacey starts exhibiting ‘motherly’ tendencies Jenna tends to becomes very wary.

No teen series would be complete without a romantic interest and in Awkward it comes with a twist.The boy Jenna likes, Matty (played with the right amount of charm and bravado by Beau Mirchoff), likes her too. They share ‘intimate’ time together but he says he isn’t ready to go public. In the meantime Jake (Brett Davern), Matty’s best friend, develops feelings for Jenna and isn’t afraid of going public! Jenna likes Jake but is it in the same way that she likes Matty? What is a girl to do? 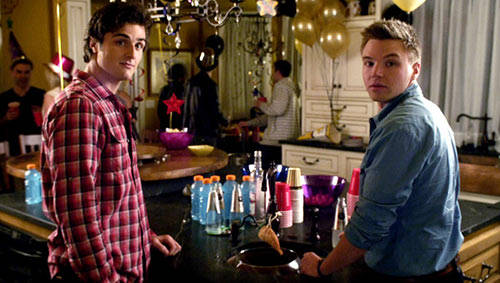 Now to the ‘mean girls’. Every high school has them. Molly Tarlov plays self-centered and snobby Saddie Saxton to perfection. Saddie’s crowning glory is her catch phrase ”you’re welcome” after she offloads a stinging insult or three. There’s really nowhere her target can go after that. Saddie’s main counterbalance is her slightly kinder sidekick Lissa (played with sweet naivety by Greer Grammer). Lissa is perpetually torn as she has pledged herself to Jesus but is still trying desperately to keep her boyfriend happy. Her boyfriend, who is, by the way: Jake. 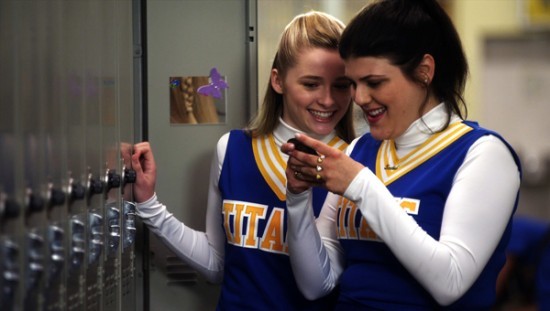 image credit – MTV
If that isn’t enough, Jenna receives an anonymous letter from a ‘friend’ which is not very friendly in the least! This leads to a blog rant and a bathroom accident pursues. As concern around Jenna grows she is directed to see the school’s guidance counselor Val (played with comic brilliance by the radiant Desi Lydic). Understandably, Jenna is not overly enthusiastic about this and becomes even less so when she spends some one-on-one with her counselor. Val is one of the most unconventional and inappropriate guidance counselors you could ever have the misfortune of meeting. Hysterical for those of us watching the show; less so for Jenna. 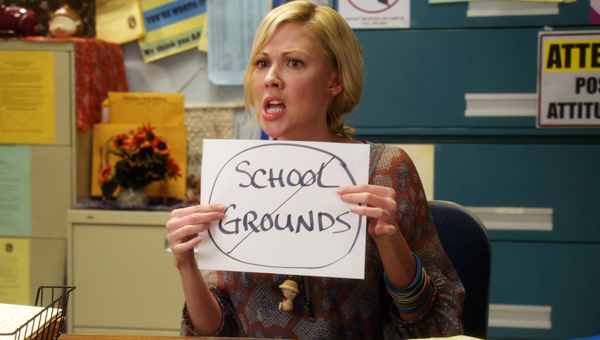 While there are many fun, humiliating and entertaining moments in season one of Awkward please don’t finish this post thinking that all is light and fluffy in Jenna’s world. Without giving too much away, when the author of the letter is revealed at the end of the season, I had shivers…..

What did you think of the first season of Awkward? Do you have a favourite teen series above all others?

Like 0
Liked Liked
« The Good Wife, why after four seasons I am loving it more than ever…. » Game of Thrones – Season 3, Episode 4. Daenaerys Targaryen, a woman destined to be Queen…